Even the most seasoned cfml developer will encounter a slight learning curve when integrating these features into the development workflow. Some of the most powerful aspects of this new functionality require a subtle code syntax and specific knowledge of the available methods and options, while others are fairly intuitive, yet differing slightly from previous Mura versions.

To help jump-start adoption and usage of these updated features and standards, we've published the recording of an in-depth webinar led by Withington, Director of Education and Events, titled "Super Fast Application Development with Mura 7". This free online class is presented as an introduction to the expanded concepts and conventions in Mura 7, demonstrating ease of use and overall development workflow utilizing these techniques.

As the title implies, Steve touches on each of the primary components of a custom application built within the Mura 7 framework in a rapid fire format, connecting the dots from start to finish, explaining the updated concepts and conventions while putting them to use in a real world demo. Sample applications in the form of a simple address book are provided in both javascript and cfml syntax, along with a very basic "Hello World" application.

The presentation focuses largely on Mura's custom "display objects", which can be used to add functionality and custom content to Mura's existing framework. Display objects can be used to provide specified bits of information on the pages of a site, or as the building blocks for an entire application, including admin forms and tables or even a completely custom interface, and can be easily distributed or shared to other sites by wrapping them in the structure of a Mura plugin.

Steve also provides a concise but insightful look into "Mura ORM", Mura's answer to complicated object relationships and database queries and the "Mura scope" (which can now be represented by the shorthand "m" in your cfml code), providing easy access to Mura's core functions and dynamic values. This is followed by a deeper dive into "mura.js" which removes dependency on jQuery while maintaining a familiar user-friendly syntax, and provides an easy way to work with the Mura JSON API and Mura ORM via javascript, using a syntax that is very similar to the cfml most Mura developers are used to.

Another major addition to version 7 is the front end layout manager, otherwise known as "Inline Edit" view, allowing content to be dropped onto the page in a visual editor format. New coding standards make it relatively painless to insert customized content items into this convenient front end UI, seamlessly including them with the default Mura display objects like components and forms. This presentation covers the changes to coding syntax and standards required to tap into this enhanced functionality, in a user-friendly format complete with an extensive question and answer session.

For those looking to leverage Mura's plugin architecture to extend the admin interface, or developers creating custom display objects with "configurators" to control variables in the inline editor display, a new appendix has been added to Mura's developer documentation, titled "Mura UI Markup Conventions". This brief overview of the coding conventions used in Mura 7 provides a style guide for html and css standards when integrating with the default Mura user interface. 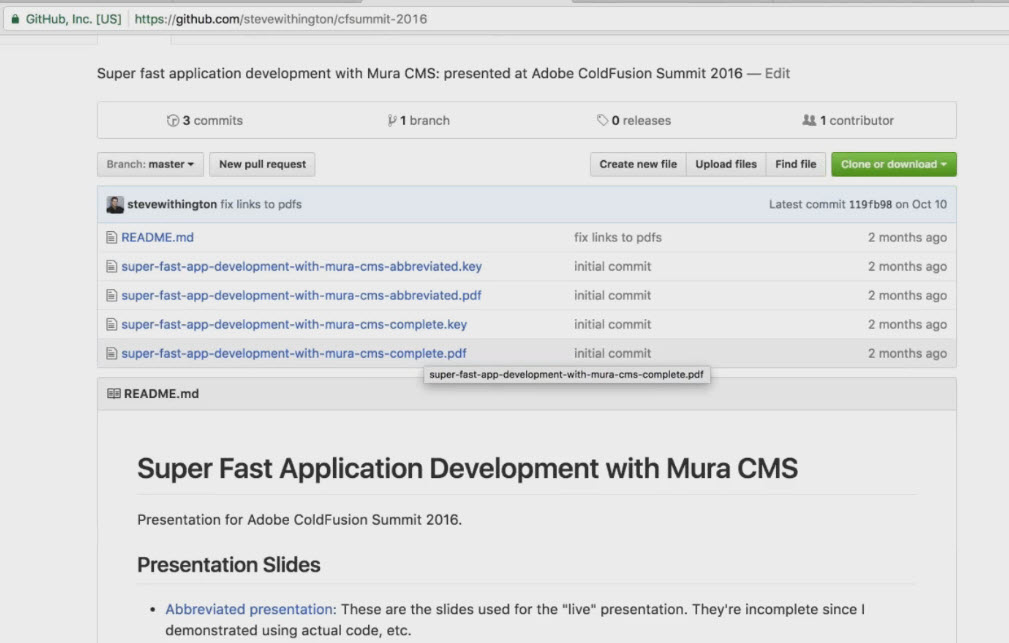